I was flattered to be approached by Kat Kiernan at Don’t Take Pictures to contribute to their “Rule Breakers” column. My sincere thanks to Caleb Charland for being open and contributing images to the piece, and to my dear colleague Peggy Sue Amison for introducing me to his work!

I generally keep it to myself, but most of my friends know that the “f64” styled landscape has no magic for me. “Trees and rocks, water optional” was a rather sardonic comment I made all too often about landscape photographs when I was in my 20s, and generally directed toward the Ansel Adams vein of imagery. That said, I’ve also always had a hard time articulating what it was that bothered me about these images… It wasn’t until I read Andy Grunberg’s essay on A. Adams that it was finally defined. Grundberg is a hero of mine, for his keen observation and clear writing style, and in this case, he summed up my disinterest in one little word—“scenery.”  Too perfect, too crisp, too still. For as majestic as many of the vistas, deserts and forests tend to be, they are, for me, arrested, rather than arresting. [… continue reading] 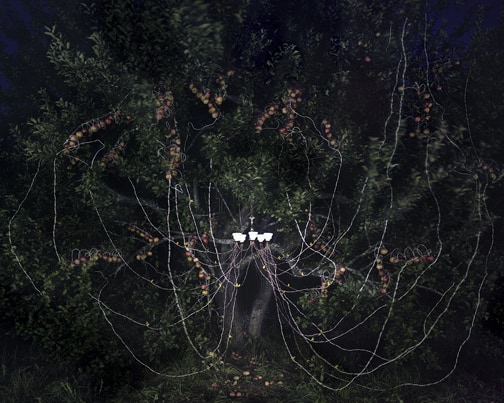